A compilation of the best songs by the Shadows which feature the number one classic singles "Apache", “Kon-Tiki”, “Wonderful Land” and “Dance On”. All the 32 tracks are a master class of guitar playing and also include more top ten hits "The Savage", "The Stranger", “Shindig”, “FBI” and “The Frightened City”. 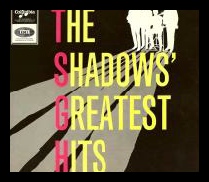 This is the definitive singles collection from the Shadows career between 1958-83 & includes all their tracks released in single format, assembled for the first time in one complete package. Includes four tracks recorded as the Drifters & Hank Marvin's solo work, plus a 24 page booklet. 86 tracks 4 CDs  including “Apache”, “Quartermaster's Stores”, “Man Of Mystery”, “Stranger”, “FBI”, “Midnight”, “Frightened City”, “Savage”, “Peace Pipe”, “Wonderful Land”, “Stars Fell On Stockton”,  “Atlantis”, “Shindig”, “Theme From The Deer Hunter (Cavatina)”, “Riders In The Sky” and many more. 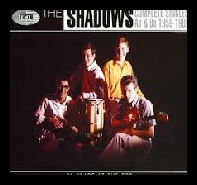 This is a 20 track CD of the legendary and great American instrumental group-JOHNNY AND THE HURRICANES  - these guys are rock and roll greats, led by JOHNNY PARIS a rockin’, saxophone player.

This collection will take you way back in time with classic tracks including Red River Rock, Reveille Rock, Beatnik Fly, Down Yonder, Ja-Da and the all time favourite Rockin’ Goose. 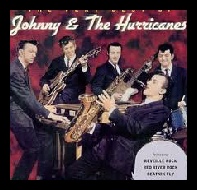 Reissue featuring the first two LPs by this hit surf group from California, 'Wipe Out' & 'The Surfaris Play'. Both were originally released on the Decca label in 1963. Tracks include the smash 'Wipe Out', plus 'Misirlou', 'Waikiki Run', 'Surfer Joe', 'Walk Don't Run' and 'Green Onions'. 1999 release.  24 tracks 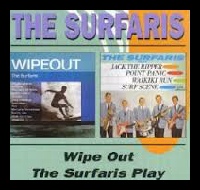 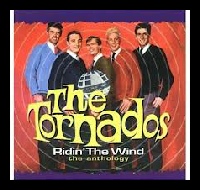 Ridin’ The Wind - The Anthology

The Tornados were the in-house backing group for many of record producer Joe Meek's productions. The liner notes claim that this double CD contains the entire recorded output

of the group being 64 tracks!

Named after the satellite and composed by Joe Meek their biggest hit and number one single in both the U.S. and U.K. “Telstar” featured a clavioline keyboard which gave the song it’s distinctive sound. Other tracks include Jungle Fever, Ice Cream Man, Blue Moon Of Kentucky, Long Tall Sally, Night Rider, Exodus and Popeye Twist.

The Tornados - Ridin' The Wind

The ex bass guitarist Jet Harris and drummer Tony Meehan of The Shadows released their LP “The Best Of” featuring all Harris and Meehan's UK Hits, all of which Made the Top 5 which included 'Diamonds', 'Scarlett O'hara' and 'Applejack', this Offers a Superb Introduction to the Great Instrumental Recordings of two of the most Popular Musicians of the 1960's.

Other notable tracks on the album include Man With The Golden Gun,  Chills & Fever and Footstomp. 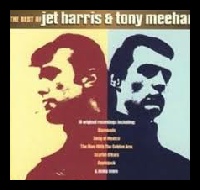 This is a 2008 two CD set from the guitar heroes. What better way to celebrate The Ventures' 50th year in the music business than with this fantastic 50 track collection, which includes many of the finest recordings from the world's biggest selling and most successful instrumental Rock group of all time. This set contains all of their hits including 'Walk Don't Run', 'Perfidia', 'Ram-Bunk-Shush' and 'Lullaby of the Leaves' as well as some amazing covers of 'Delilah', 'Mission Impossible', 'Fever', 'La Bamba', 'Jambalaya' and classic Beatles songs 'Eleanor Rigby', 'I Feel Fine', 'Strawberry Fields Forever' and 'Hey Jude'. To cap off their wonderful career, on March 10, 2008 The Ventures celebrated their Golden Anniversary by joining their early guitar idols Chet Atkins, Duane Eddy and Les Paul in the Rock And Roll Hall Of Fame. EMI. 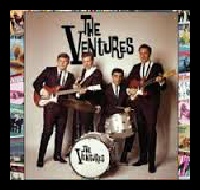 American rock musicians showed that purely instrumental performances could be honoured into hit singles, without any help from lead singers, way back in the Fifties. It was all part of the rock 'n' roll explosion and despite the adulation for stars like Fabian and Elvis, there was room for players like fine young drummer Sandy Nelson in the charts too.

His pounding performance of 'And Then There Were Drums' kicks off this consistently entertaining set that focus on bands like Johnny & The Hurricanes, The Ventures,

B. Bumble and the Stingers and The Jaywalkers doing their thing. Peter's band was one of the first to feature a double drum kit with flashing lights. 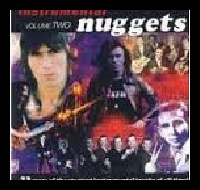 No words can describe how great the inaugural release from Complete 60s Records is - because there are no words! This exciting new label from England is undertaking an unprecedented, decade-long project to compile every single Billboard Hot 100 instrumental hit of the 1960s. Complete Pop Instrumental Hits of the Sixties, Vol. 1 - 1960 marks the beginning of a series of releases that will definitively document the decade when the pop instrumental genre truly reached its zenith.

Rock, rhythm 'n' blues, country, and orchestral instrumental singles all vied for a spot in the Hot 100 weekly charts. Hundreds of them earned that coveted spot in history, and when this project is complete you'll own them all in the order they peaked on the charts! That way, you can experience them the way the world did in 1960. You'll hear how surf music evolved, how rock combos and orchestral arrangers influenced each other, and how easy listening emerged as a distinct sound during this golden decade.

The Ventures, Duane Eddy, Chet Atkins, Johnny & the Hurricanes, Percy Faith, Bill Black, Ferrante & Teicher - these giants of the genre are all here. 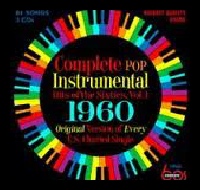 If you're a fan of instrumental hits, Complete 60s Records' first two releases left you speechless! That's because this exciting new label's historic series Complete Pop Instrumental Hits of the Sixties doesn't just compile the biggest hits or rarest rarities. It brings together every single Billboard Top 100 instrumental hit. If it made the charts, we got it - rock, soul, jazz, country, orchestral, you name it!  Now, in the wake of the first two volumes - 1960 and 1961 - comes Complete Pop Instrumental Hits of the Sixties Vol. 3 -1962 which chronicles perhaps the biggest year ever for instrumentals. In fact, more than 13% of all Top 100 records in 1962 were instrumentals, and many were big hits. It was a magic, innocent time. America was young, bursting with promise, and literally twisting with energy on the cusp of its most creative, tumultuous decade - and it showed in the crazy quilt of wordless wonders that climbed the charts.

Complete Pop Instrumental Hits of the Sixties is an unprecedented undertaking to compile every single Billboard Hot 100 instrumental hit of the 1960s, the decade when the pop instrumental genre truly reached its zenith. And, when this project is complete you'll own them all in the order they peaked on the charts! 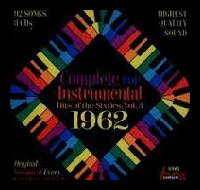