In the early fifties Alan Freed landed a job as a disc jockey on WXEL-TV in Cleveland and began playing  R&B records and the popular hits of the day. He changed the name of the show to “Moondogs Rock 'n' roll house party” and the show gathered a huge young following. Freed wasn't the first one to mention "rock and roll music”, but he was the first one to label it as such and the name stuck.  The music got its roots from a mixture of Gospel, Rockabilly, Country & Western, Boogie Woogie and Rhythm and Blues, which when essentially blended together became Rock N’ Roll.

Elvis released his first record on the Sun label "That's All Right (Mama)" In 1954. Bill Haley & the Comets (earlier the Saddlemen ) had been recording from 1950, and in 1955 released “Rock around the clock'” which featured in the movie “Blackboard Jungle” a film about youthful exuberance, and rebellion. The teenagers bought the record and this opened the door to other artists like Little Richard, Fats Domino, Carl Perkins, Jerry Lee Lewis, Eddie Cochrane, Buddy Holly and British artists Tommy Steele, Cliff Richard and Billy Fury. Soon rock and roll was a major force in music and single recordings sales grew to record levels. The person who had the greatest commercial success was Elvis Presley.

In the 1950's Lonnie Donegan had formed his Skiffle group and had 20 UK Top 30 entries. His hits continued into the early sixties with songs including his number one “My Old Man's a Dustman”, “Lorelei”, “Lively”, “Michael Row The Boat” and many others. Other groups which faired O.K. in the Skiffle craze were The Chas McDevitt Group, Johnny Duncan and the Bluegrass Boys and The Vipers, Most notably The Beatles evolved from John Lennon's skiffle group The Quarrymen.

The 50’s and early 60’s was the golden era of musicals, the buying public were buying L.P.’s Oklahoma, GiGi, My Fair Lady, The King and I, West Side Story, The Sound Of Music and this was reflected in the album chart ratings  of the day. South Pacific was number one in the U.K. for most of 1960.

There was always room for instrumental records with earlier exponents Duane Eddy, Johnny and the Hurricanes, Sandy Nelson, The Surfaris, The Ventures, Santo & Johnny and in 1960 The Percy Faith Orchestra had a huge number one hit with “Theme from a Summer Place”. The following year Bert Kaempfert and his Orchestra also reached number one with “Wonderful By Night”.

The Shadows without Cliff began their illustrious career with their U.K. number one Apache.

In 1962 The Tornados with “Telstar”, Mr. Acker Bilk with “Stranger On The Shore” and B Bumble & Stingers with “Nut Rocker” all had a number one single.

Groups as we know them today didn't really exist in the 1950’s, They were more harmony style outfits like  Little Anthony and the Imperials, Maurice Williams and the Zodiacs , Danny and the Juniors and Dion and the Belmonts. Dion went on to have a number of solo hits in the early sixties. 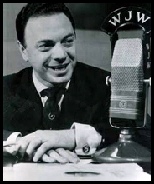 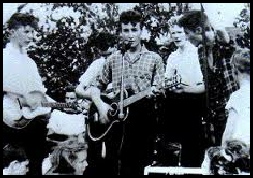 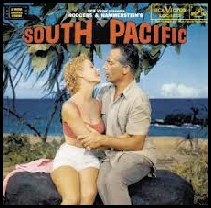