In the late fifties Berry Gordy Jr. & Raynoma Liles (later his second wife) formed the Rayber Music Writing Company where they would help write and arrange songs to be made ready for artists to record. He was also co-writing songs for Jackie Wilson.

In 1958 he formed the Tamla Label where they released “Money (That’s What I Want)” by Barrett Strong which he had written with Janie Bradford. The following year he secured a loan from his family and bought a house on West Grand Boulevard known as Hitsville U.S.A. He signed the Miracles (who were previously known as the Matadors), he opened the Jobete publishing company and formed the Motown Empire.

Motown had a formidable writing and production crew which included the renowned song writing trio :-

Norman Whitfield, William Smokey Robinson who became the vice president of the company and Berry Gordy himself would produce for the Motown artists.

The Supremes were the most prolific selling artists for Motown and they had several number one hits which included  - I Hear A Symphony  - Baby love – Come See About Me – Where Did Our Love Go.  In 1966 they were the first female group to reach number one in the Billboard Magazine  pop album charts with  “A’ Go-Go”. 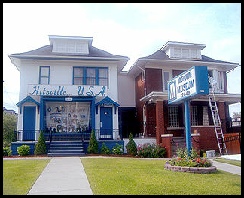 In Memphis Jim Stewart and Estelle Axton had set up Satellite Records.

they later formed Stax records. They launched the careers of soul legends

Burt Bacharach and Hal David met at the New York Brill Building and over the years they wrote numerous songs which charted in the sixties.

Among the hits of the sixties which they wrote were :-

· Anyone who had A Heart  -  Cilla Black

· Make It Easy On Yourself   -  The Walker Brothers

· Always Something There To Remind Me  -  Sandie Shaw

· Do You Know The Way To San Jose? - Dionne Warwick

These were just a few of the songs they wrote. Their contribution to sixties music was immense. 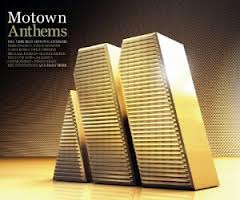